The city of goddess Athena, birthplace of democracy, with timeless allure, culture, and history. After a warm welcome at Athens airport, your private chauffeur will convey you to your lodging driving through the city highlights for a first introduction to the charms of the Greek capital. The balance of the day is at your leisure to explore the city on your own and feel like a local following our recommendations. 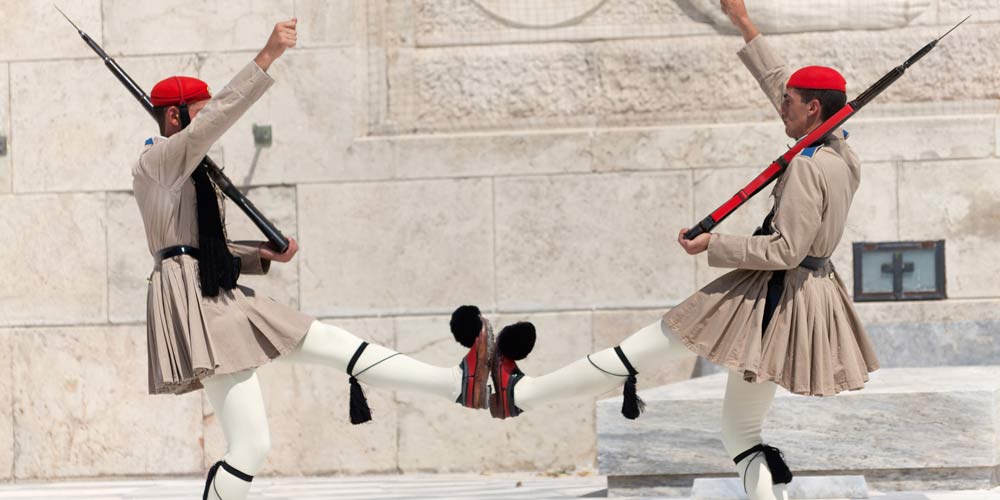 This morning with your PRIVATE guide, you will enjoy a tour of the highlights of Athens, including, the old town, the Acropolis, and the new Acropolis museumAfter your lunch at a traditional taverna, you will be driven through the coastal road of the Athenian Riviera, to the temple of Poseidon in Sounion. 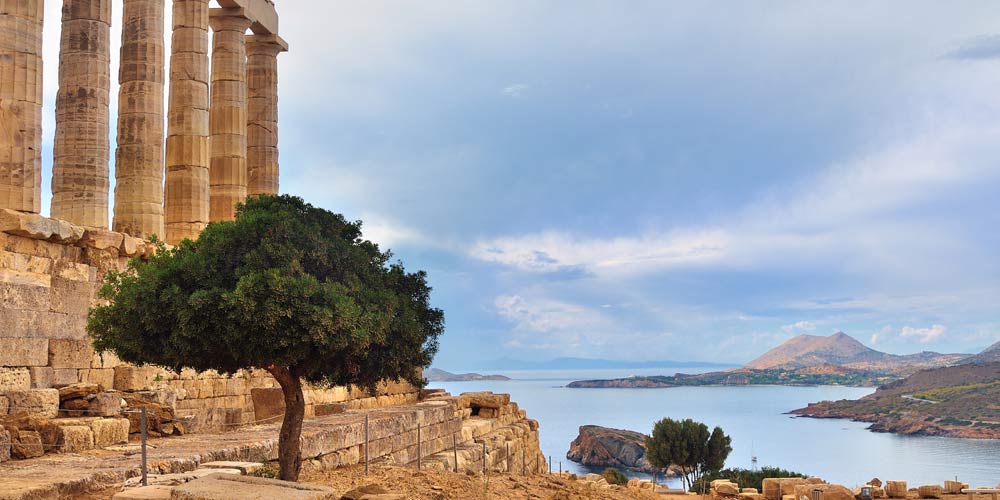 Morning departure with your private driver for the 6-day private mainland tour. Your journey will take you over the famous Corinth Canal which you will stop and see. Initial construction was undertaken by Jewish slaves and overseen by the Roman Emperor Nero who used a silver Shovel to personally perform the first excavations. From Corinth you will continue into the Argolis region where you will stop and visit one of the most significant Bronze Age archaeological sites in the Mediterranean: Ancient Mycenae for the guided tour. Next you will be guided to the ancient theatre of Epidaurus with the amazing acoustics by your professional guide. Continuing to the beautiful seaside town of Nafplion. 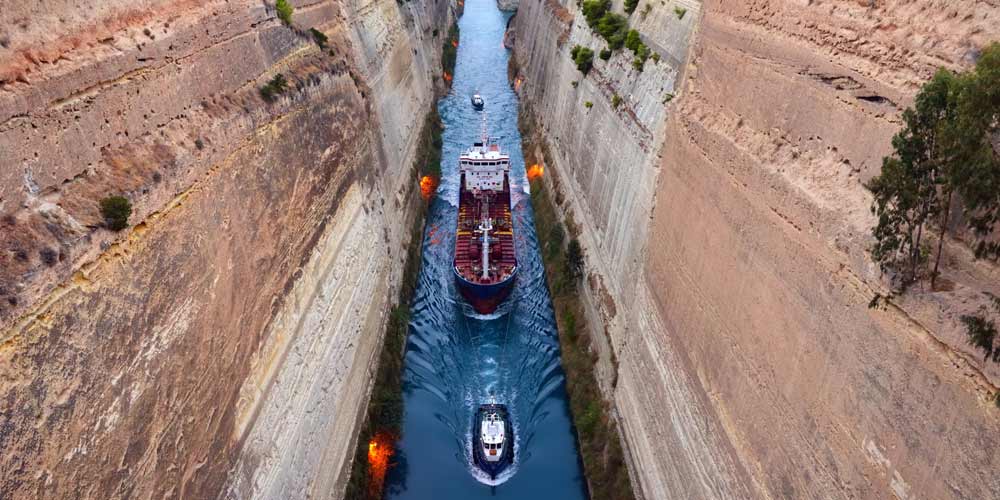 Today you will travel south, stopping to visit two fascinating sites: Sparta, home of legendary Spartans and dating from the 8th to 4th centuries BC; Mystras, a Frankish-built Byzantine fortress town dating from the 13th century AD which served as the Byzantine capital of the Morea as the Peloponnese was known. After these visits, you will head southward continuing towards Cape Maleas. This isolated peninsula, located off the east coast of the Peloponnese, is home to a stunningly set town often called the Gibraltar of the East: Monemvasia. Accessible by a long causeway, the town is an enormous and ancient fortress. 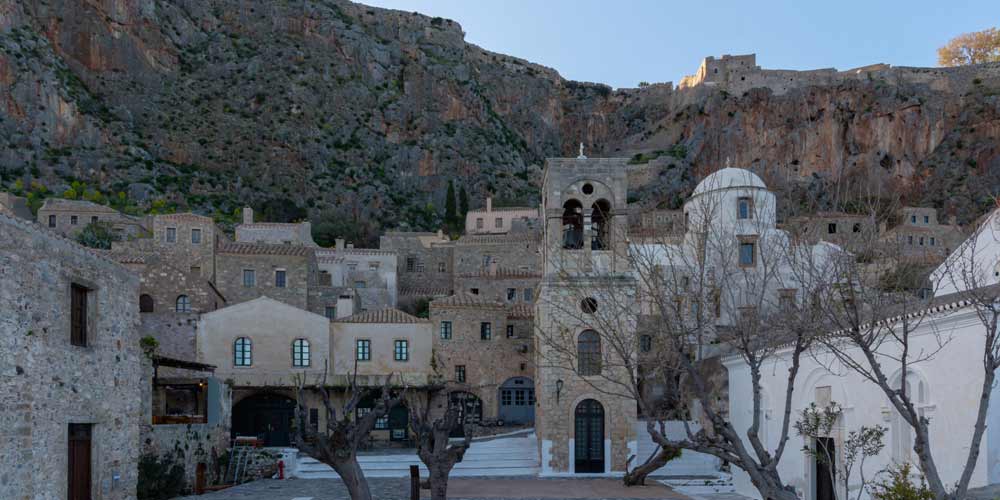 This morning is at your leisure to explore Monemvasia at your own pace, next you will travel northward to Olympia; en-route you will stop to visit the amazing Diros caves with stalagmites and stalactites. 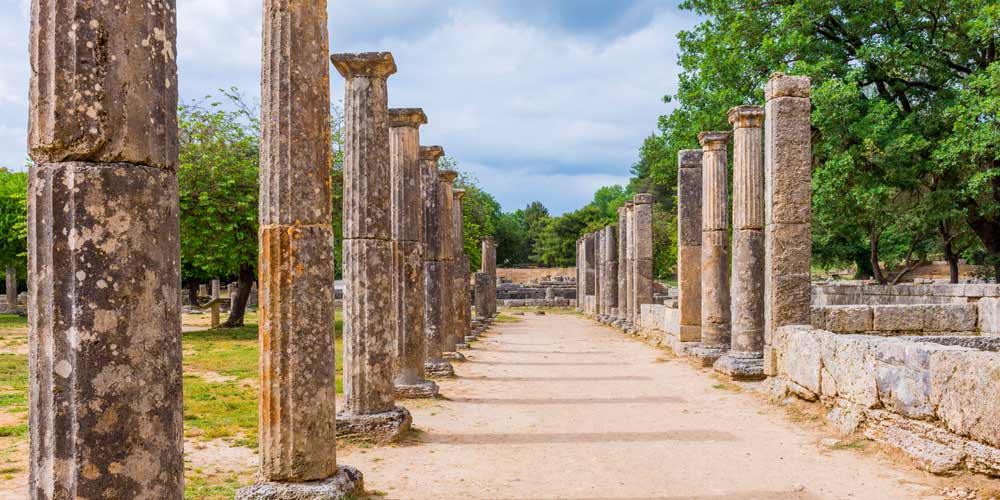 Today you will be guided to the archaeological site of Ancient Olympia with your private certified guide, home of the original Olympic Games. You will spend some time visiting the extensive ruins, with its monument Temple of the Olympian Zeus. After the end of this tour you will leave the Peloponnese, crossing the modern Rion - Antirion Bridge over the Gulf of Corinth; your destination is the ‘naval of the world’ as Delphi was known in the ancient times. You will enjoy a PRIVATE guided tour at the archaeological site and museum of Delphi by your professional guide. 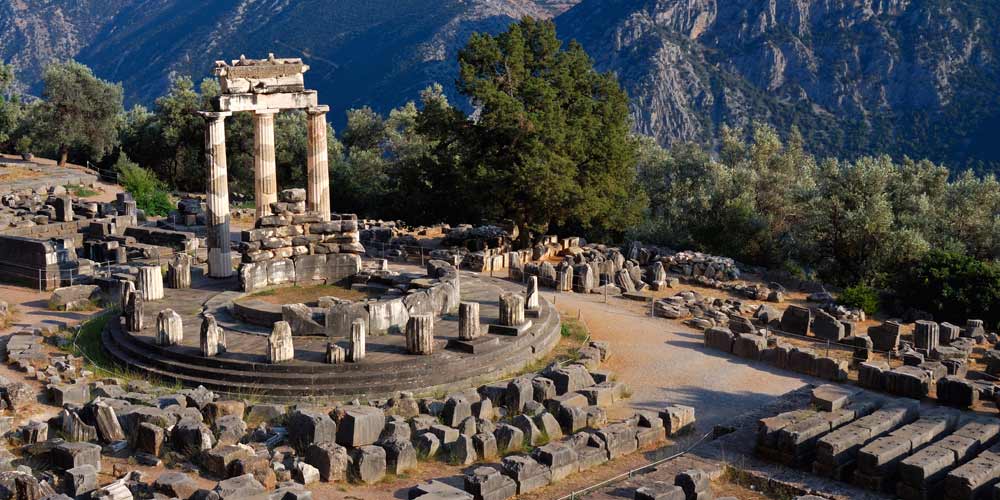 Morning departure with your private driver for one of the holiest areas in Greece: Meteora. The monasteries of Meteora are some of the most extraordinary on earth, clinging as they do to pinnacles of rock and you will enjoy a PRIVATE tour of several of them by your professional guide. Overnight in Kalambaka, the small town under the “rocks of the gods”. 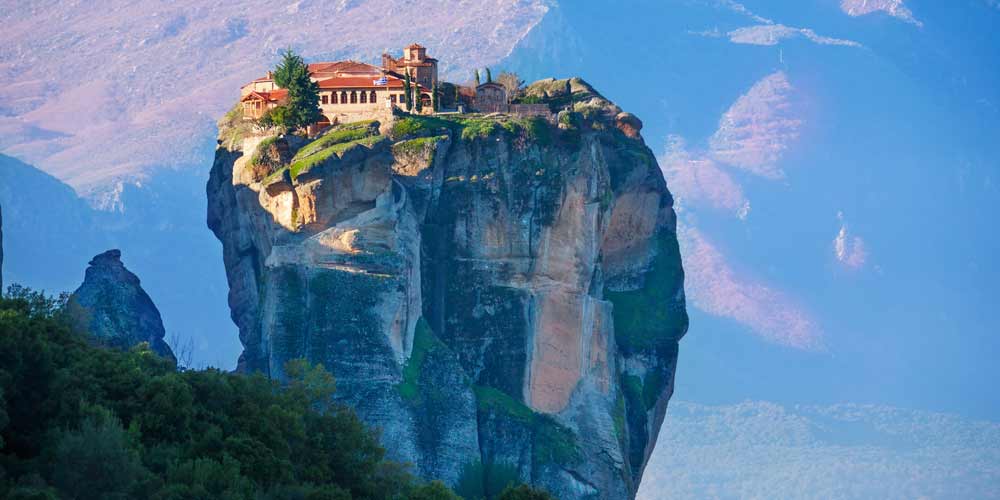 Today you are leaving mainland with your private driver who will transfer you to you Athens airport to catch the flight to Crete, Heraclion, the island that is home of Europe’s first major civilization with dreamy villages, splendid beaches, ancient history, wonderful cuisine & vibrant sites. Our local driver will welcome and transfer you to your hotel. 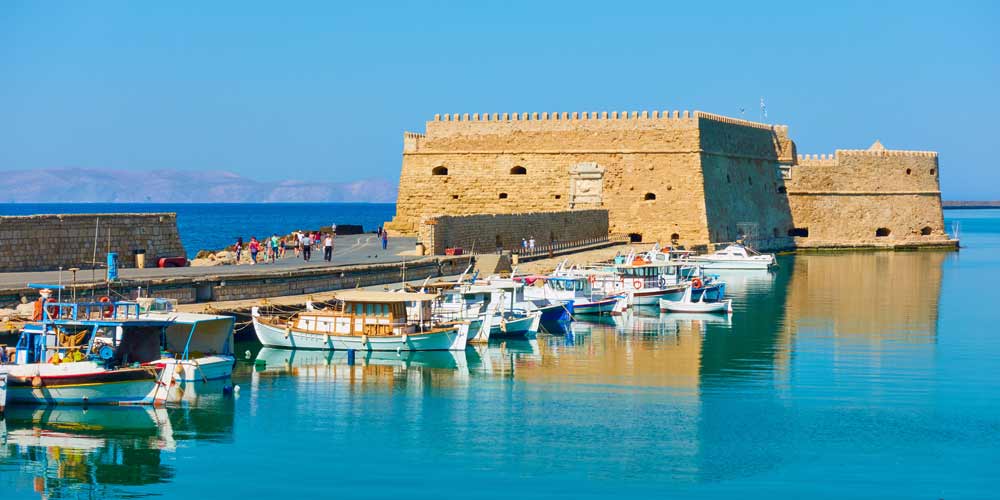 This morning your qualified licensed guide will meet you at the lobby, together you will start your journey to Phaistos, which is on a low hill, known as Kastri, in the plain of Mesara is the Palace of Phaistos, to the south east lies the Asterousia mountains, named after Asterios mythical King of Crete and to the north you can see Psiloritis, the highest mountain of Crete and on the slopes opposite Phaistos, a famous Cave, the Kamares Cave, where thin and refined terracotta vessels were discovered. 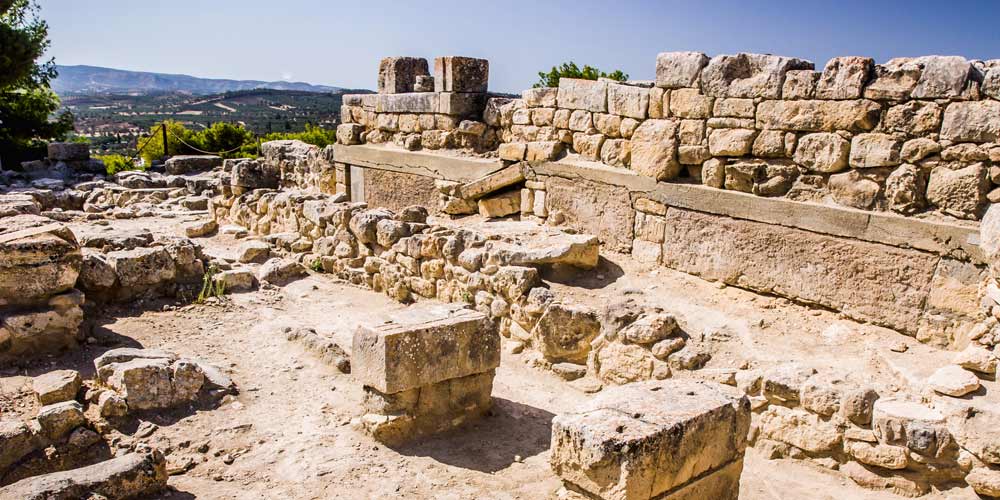 A private guided tour of Knossos is waiting for you today. you will find out about the Minoan culture, the architecture the everyday life, the large feasts, the connection with other civilizations and get to know Europe’s oldest civilization dated 4000 years ago. Knossos has a rich habitational history, starting from the Neolithic Period, some 9000 years ago. Knossos is the name of the capital of the Minoan civilization, dating some 4000 years ago, is presumably the largest city in ancient Crete. It’s ties were spread across the whole Crete and across the eastern Mediterranean. Evening arrival to your property at Crete, Chania. 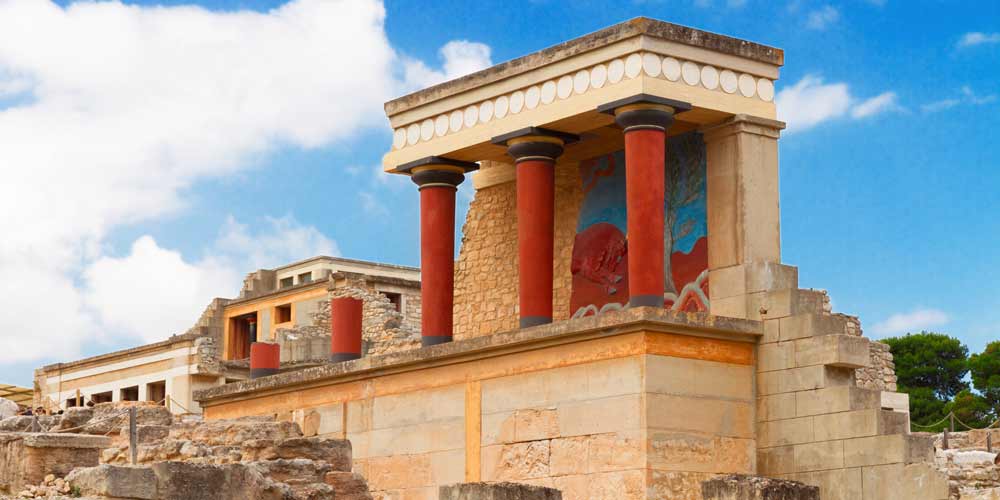 Morning private guided tour at the old town of Chania and Akrotiri Peninsula. The peninsula of Akrotiri is located to the east of Chania. It is rather barren and its northern end is lined by hills and also houses many military installations belonging to NATO as well as an American naval base. Here are the tombs of Sofoklis and Eleftherios Venizelos, two significant political leaders. Next you will be guided at Koules fortress in Aptera and Therissos, the place where the union of Crete with Greece launched, after the riots of 1905. 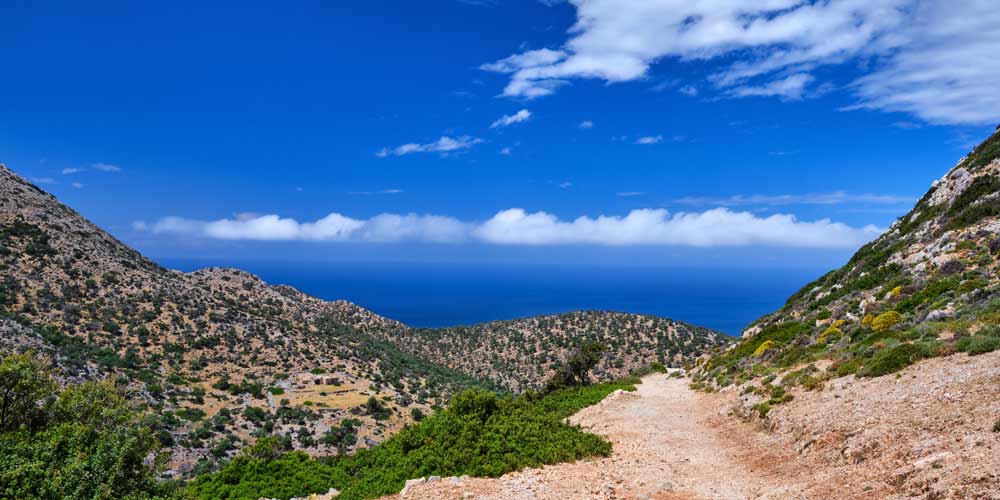 Today you will experience the traditional Cretan life! You will discover the hidden treasures of Kissamos region with an introduction to the traditional and modern. You will try products from small scale cheese and honey producers, organic traditional olive oil mill and visit St. Ioannis church. Next you will visit a small village to have a relaxing drink and the opportunity to try your hand at Cretan cookery. You will pick local products to use in your cooking lesson. The activity ends with you enjoying your lunch Cretan style! 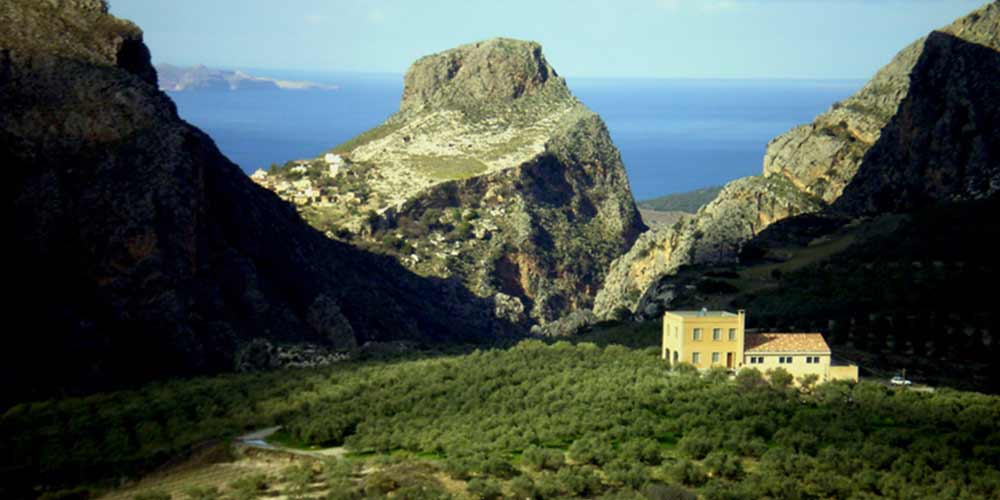 Morning private transfer to Chania airport to catch the flight to Santorini, the island of the astonishing sunsets and dramatic cliffs hanging over the blue of the Aegean Sea with numerous choices of restaurants & bars. Our local driver will welcome and transfer you to your hotel with amazing Caldera views. 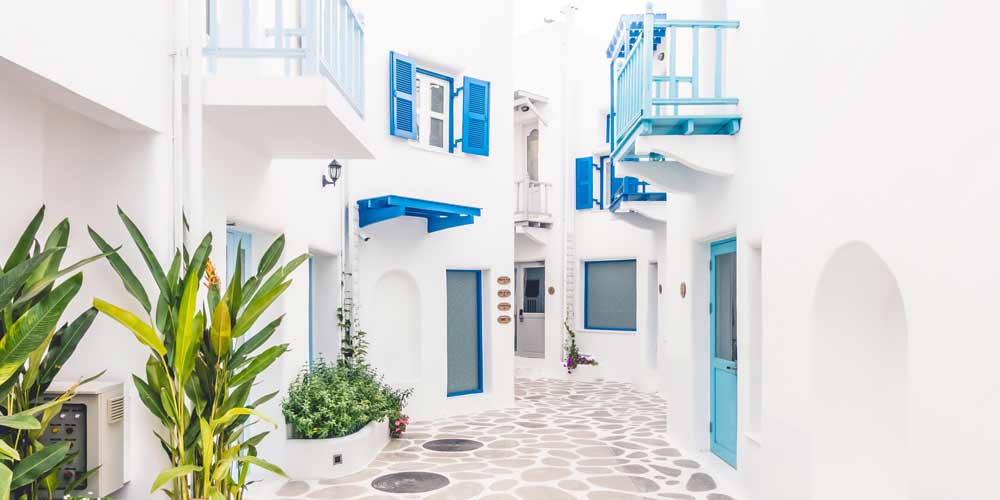 Starting from your hotel you will travel to the island’s caldera for your first stop of the day to pose for pictures against the backdrop of the Aegean Sea you will then continue to Oia -Santorini’s iconic whitewashed village that’s graced as a postcard, onwards you will visit the peak of Prophet Elias mountain and listen to the monks chanting, your day ends with a visit to the black-sand beach of Perissa – the longest black beach on the island. 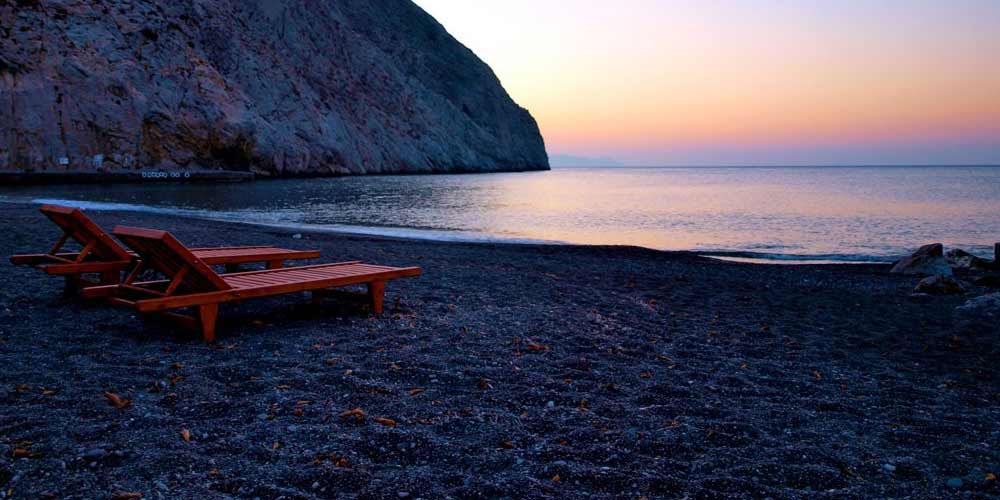 Today you will enjoy a private home-style cooking class at my friend’s small traditional taverna at the hilltop of Akrotiri. You will try your hand on local recipes and enjoy your lunch or dinner and amazing vistas over the whole island. 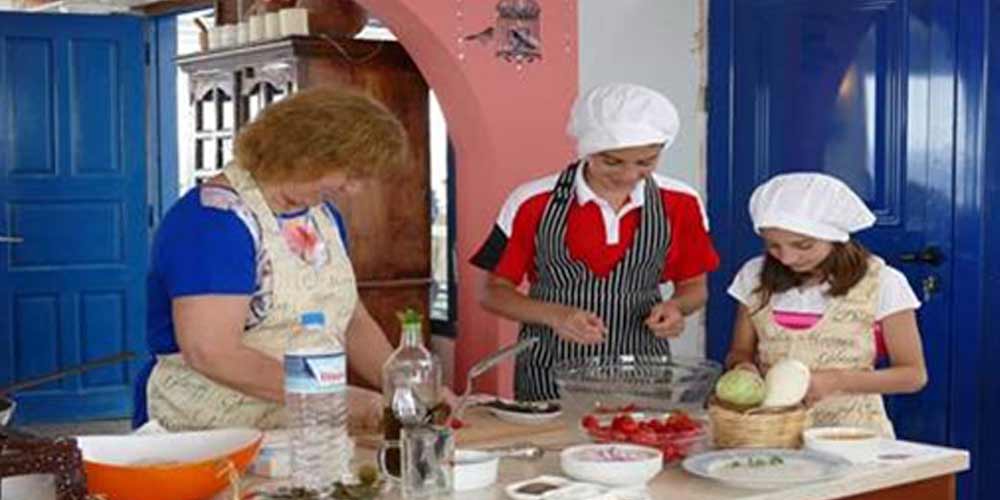 Private transfer to Santorini airport to catch your flight home. We wave you goodbye and wish to see you in a future trip! 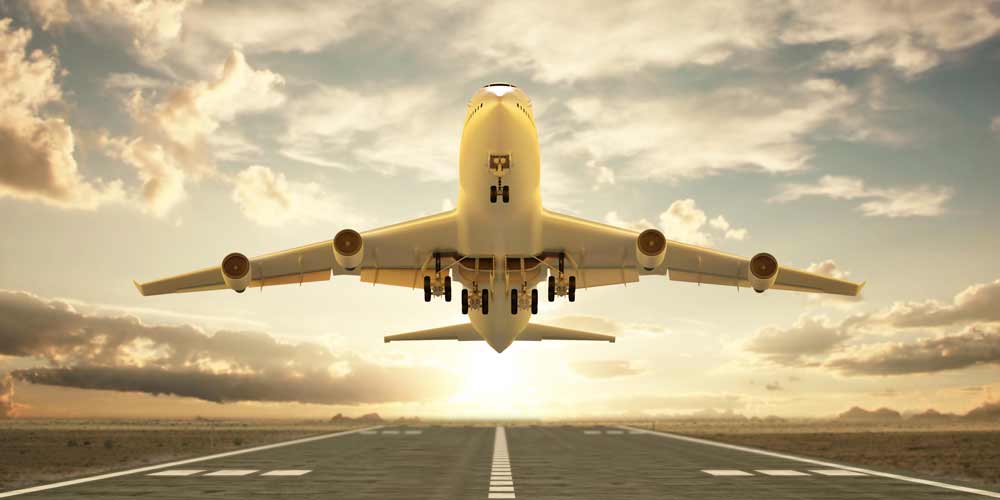 Thank You. Your booking have received and booking number is

Talk to our explore expert

We're here to chat about your next big idea.

Otherwise, email us anytime. On average we provide quotes within 6 hours during business hours and the next day during off business hours. Privately guided trips allow you to be in control of all the details of your trip - departure times, accommodations, extra nights, extra activities, extra experiences - what you want and how you want it. 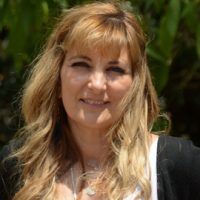 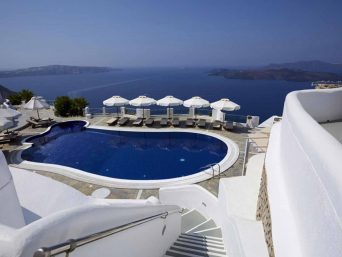